SmartDrive Video Insights: What it Takes to Keep Drivers in the Fold

SmartDrive Video Insights: What it Takes to Keep Drivers in the Fold

This is another in a series of videos produced by FreightWaves and SmartDrive, recorded at the recent SmartDrive Customer Conference in Atlanta. FreightWaves editor-at-large John Kingston discussed several key issues in trucking and transport today with both SmartDrive executives and several conference speakers.

A raw calculation of just money is not going to be enough to retain truckload-level drivers, according to two people who have spent years studying the issue.

At the SmartDrive Customer Conference in Atlanta, Jay Green of PeopleElement and Steve Burks, an economics professor at the University of Minnesota-Morris who specializes in trucking economics, said in a video interview that there are far more other ways to help keep drivers in the fold.

Green talked about the philosophy of “just get me drivers.” “Often times, it’s just a blanket approach of how do we hit as many people as we can, how do we bring them in,” he said. But often when the drivers get onboard, there isn’t a “unified” retention strategy to keep them there.

“And I think that’s the difference we see between a higher turnover type of company versus a lower one,” Green added. “There’s more to it than money.”

But money matters, Burks said, though not necessarily in just a raw counting of dollars.

For example, Burks said companies need to understand the economic concept of “risk aversion.” “People putting together compensation packages don’t really think how much the variation in pay week to week matters to drivers, and whether they drop below a certain level matters to drivers,” Burks said.

Burks laid it out with some stark numbers. A study he performed showed that if a driver’s pay drops 10% below its average of the prior six weeks, “it makes them about a third more likely to quit in the next week.” Since pay can’t simply be adjusted to compensate for that, Burks said it means companies need to be careful “to set expectations appropriately.” 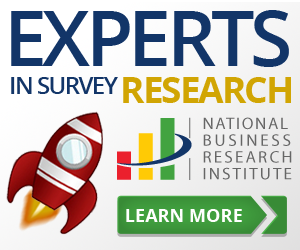 You can use your LinkedIn account to login to the SHRM Human Resource Vendor Directory.